Your pedalling technique is a fundamental component of cycling and can influence your power output and speed, it can also improve your endurance, bike handling and your susceptibility to injury. With all these benefits to having a good pedalling technique, you may ask how can you actually analyse it?

Well, the wattbikes that we use here at Njinga have a force curved view which analyses and shows you on the monitor exactly how you are applying force throughout the entire pedal stroke. The graph tracks each and every pedal stroke and provides you with 3 bits of information; the angle of peak force, percentage power distribution from each leg and also the force curve ‘shape’.

But what does this mean? 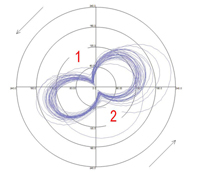 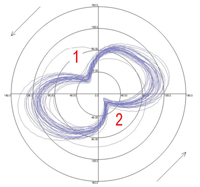 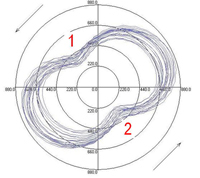 THE ANGLE OF PEAK FORCE:

The angle of peak force is the point in the pedal stroke where you deliver the most power. This data is provided for the both the left and the right leg and can be anywhere between 90 and 180º, but preferably when riding at an optimal cadence and gearing, this range becomes narrower and should be between 100º and 120º. However, the most important thing in regard to the angle of peak force is that both legs must be similar to one another so that you are not favouring a specific side and not suffering from an imbalance.

PERCENTAGE POWER DISTRIBUTION FROM EACH LEG:

The Wattbike also tracks the percentage of power which is being distributed from both the left and the right leg. In an efficient pedalling technique you would be producing 50% of your power from your right leg and 50% of your power from your left leg. However, working within the range of 48-52% still shows a relatively efficient pedalling technique.

Finally, the wattbike also displays your force curve shape. Imagine if the pedals were being turned by a robot, the graph would show a circular shape, indicating there is an even distribution of force applied at all points throughout the pedal stroke. However, humans are not able to produce the same amount of force throughout the pedal stroke due to the muscle groups involved. The quadriceps are the primary muscles groups used to extend the knee and the hip during the downward pedal stroke. During the reverse motion, the hamstrings are the primary flexion muscle group activated between 6 and 12 o’clock of the pedal stroke to help bend the leg and bring the pedal back to the top. Due to the flexion muscles being weaker than the extension group of muscles, the optimum shape of the force curve would be similar to a sausage shape.

Below are some of the possible shapes you may see on the watt bike and what they represent:

This shape indicates a perfect pedalling technique. The large rounded shape shows a consistent pedal stroke where the rider is activating all the correct muscle groups and also able to maintain a good momentum throughout the transition between legs. It also shows a perfect balance and a similar angle of peak force between both the left and right legs. This is an efficient pedalling technique with very little energy being wasted.

This shape indicates a correct pedalling technique with all the correct muscles being activated, however, the rider is not completing a full revolution of the pedal during each stroke. This is demonstrated from a narrow shape being created and as a result of the rider not going to their full extremities with each pedal revolution, ie. they are not able to achieve their maximum power output.

This shape shows an aspiring cyclists’ pedal stroke. The ‘peanut shape’ shows the cyclist is losing a noticeable amount of momentum between each leg drive as they are applying pressure through the pedals from approximately 80% quadriceps activation and only 20% hamstring activation. This pedalling technique is wasting power as it is not providing an effective transition between the left and right leg.

This shape indicates a lack of pedal momentum as the cyclist switches between extending with their left and then their right leg. This is because the rider is only using their quadriceps and therefore is only applying downward pressure on the pedals. This pedalling technique wastes a lot of energy as to ride at the same speed as an efficient cyclist, they would have to produce more power.

Overall there are many benefits to be able to ride with a refined pedalling technique but ultimately you will be able to produce more power but with less physiological effort involved. By training on a wattbike you can monitor your pedalling technique in real time and also track your progress over desired periods. Therefore, each of your sessions can be specifically tailored allowing huge performance improvements to be made quickly.

There is a vast amount of factors which can be affecting your pedal technique from injuries (past and present), your bike fit, or your range of motion all the way down to your cleats. But with a minimum of 20 Watts to be gained with the correct pedalling technique it is something that should not be overlooked.

If you are interested in having a look at your pedalling technique in more detail, why not book a Coaching Session today.

"Your pedalling technique is a fundamental component of cycling and can influence your power output and speed, it can also improve your endurance, bike handling, and your susceptibility to injury."

I am an experienced club cyclist so had pretty good pedal technique (so I was told) but the guys at Njinga have improved it further with a 50/50 distribution and more efficient pedal stroke.

"I can now proudly say that I have a proper pedal technique after years of "stomping", not to mention that fact that my fitness has improved dramatically and in a measurable way thanks to the FTP testing. The Wattbike is a fantastic fitness machine not only in terms of comfort but also the diagnostics so well worth learning how to use it properly."

I have just finished my 7-week Group Pedal Improver Training Programme with Njinga cycling under the tutorage of Togo the CEO and his team. What an eye opener. I learnt about nutrition, specialist stretching for cycling and how to pedal properly. They corrected my appalling riding technique, helped me pedal more evenly and what's more the buzz in the lab is fantastic. I'm hooked. I am now faster cycling to work, but more importantly I find it easier. My wife and I really enjoy the hugely varied range of classes. You never get bored and it's such brilliant value. I am getting fitter and having fun at the same time. Age is no barrier, I should know. Thank you all at Njinga Cycling. 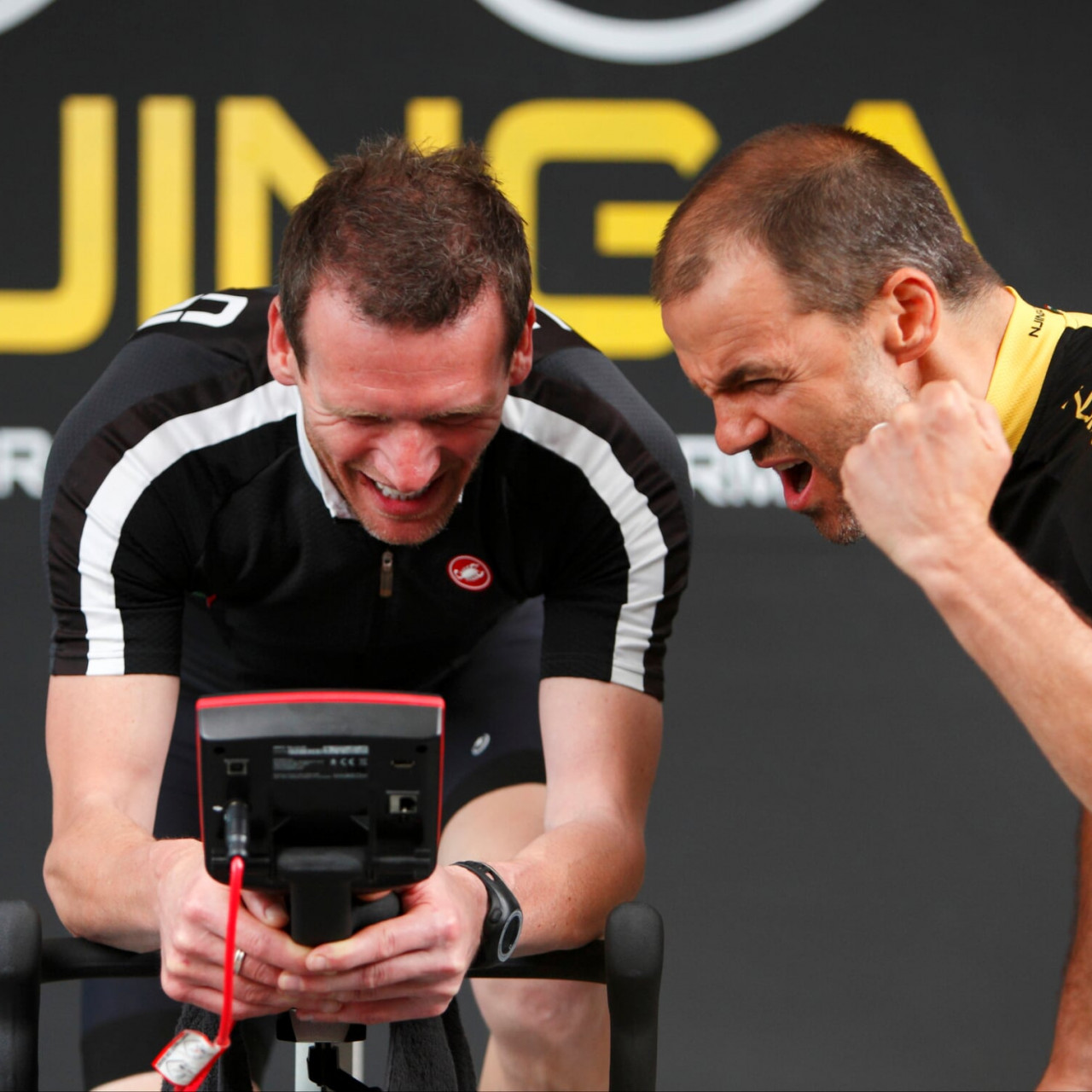 When should you re-do your FTP test?

As your training zones are specific to you, you need to ensure that they are kept up to date. 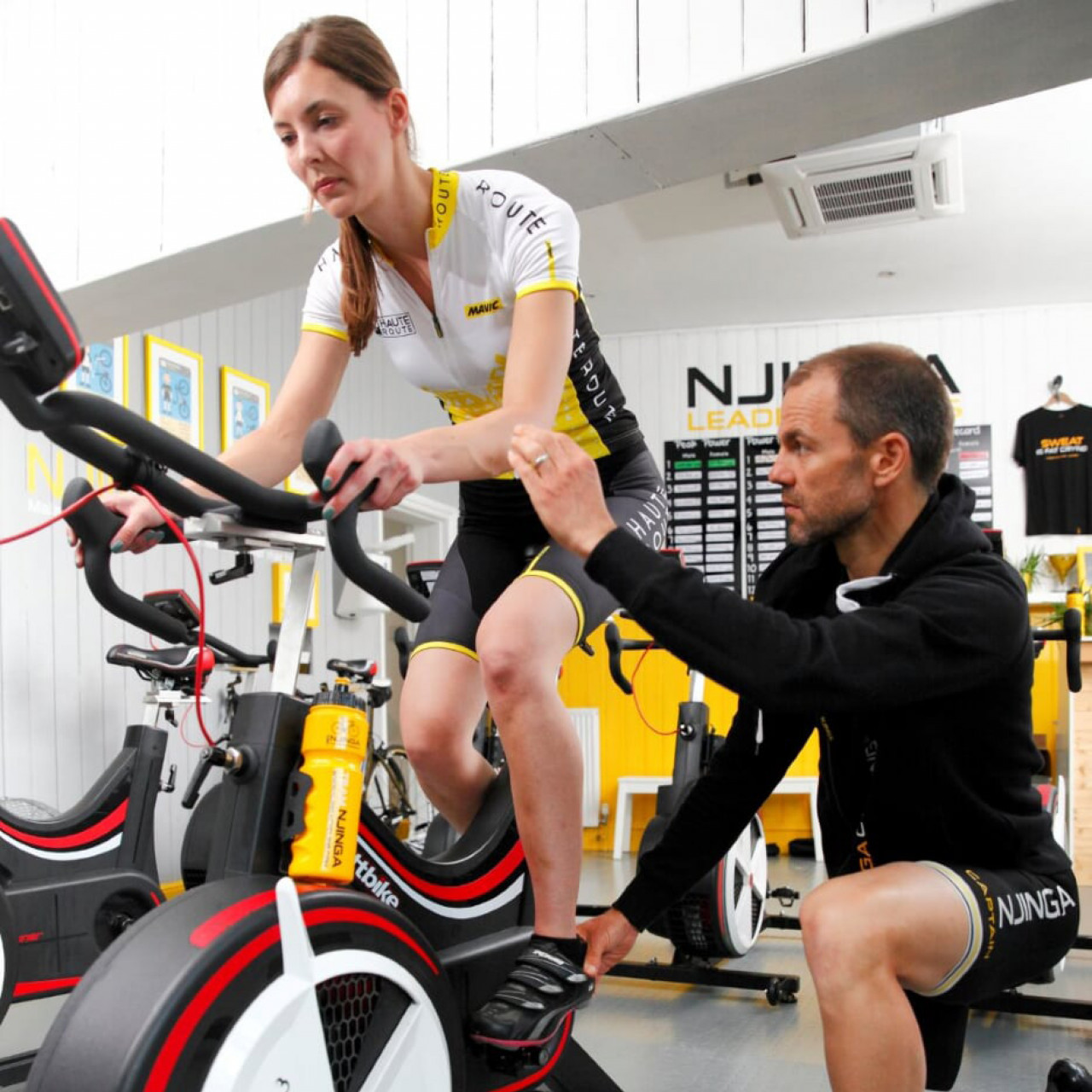 7 top tips to prepare for a successful FTP test

We know an FTP test can be scary, but they are vital to provide you with accurate training zones for both heart rate and power output. These zones form the foundation of all our training here at Njinga. 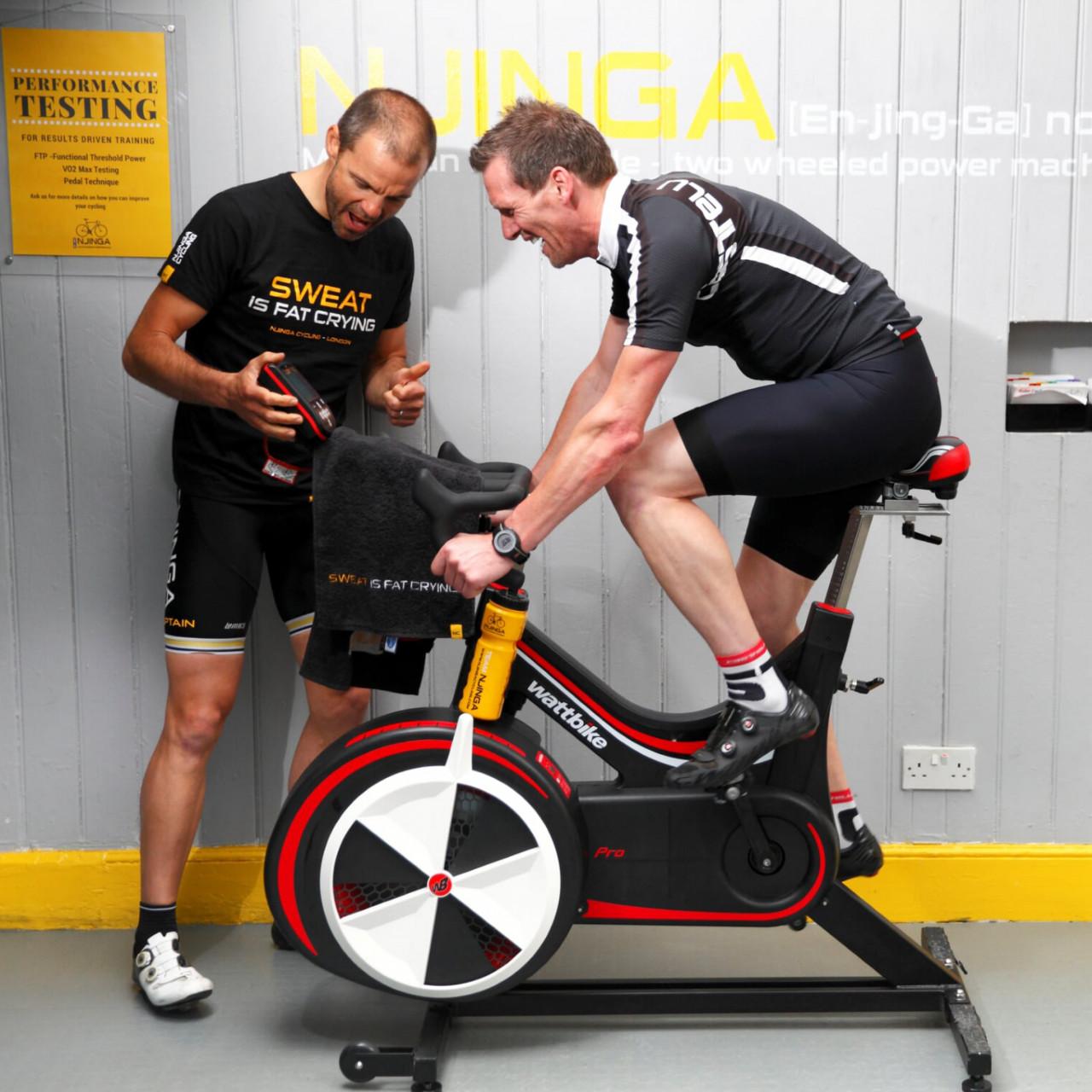 What is an FTP test and how can it make me a better cyclist?

One of the most commonly asked questions that we receive at Njinga is “What is an FTP test?”, followed shortly after by “How can it make me a better cyclist?” The short answer is 20 minutes of pain = smarter training. The long answer?